The FARDC says it has prevented the infiltration of Rwandan security forces (RDF) troops. On the Rwandan side, we are talking about a small incident on the land border that separates the two countries due to a misunderstanding between the two countries. What really happened? 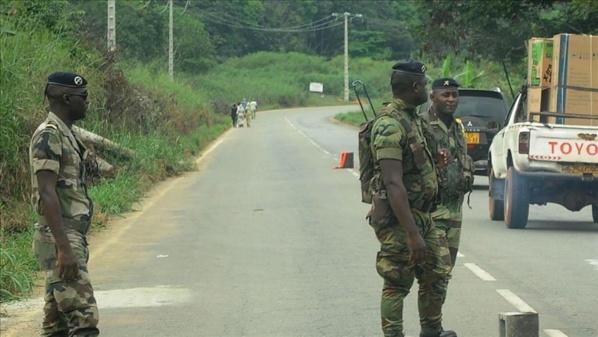 According to the Congolese military, a company of Rwandan armed forces infiltrated Kibumba. It was about 200 meters from National Road 2 and briefly occupied six villages. A FARDC spokesman in the area also reported footage of alleged robbery of Rwandan soldiers, without stating the cause of the incident. Rwandan Ambassador to Kinshasa Vincent Kareka has set aside this edition, downplaying the incident and denying any infiltration by his country’s military into this part of the Congo territory.

According to his account, in pursuit of an individual carrying a suspicious package, a Rwandan soldier inadvertently ended up on the Congo side crossing the border illegally. He explains the situation with the difficulty in easily recognizing the boundaries between the two countries in this region. He dismisses the exchange of fire research and talks about shots fired into the air by the two camps.

Fire exchange and massive population displacement
According to independent sources, this began with the arrest of two Rwandan soldiers by the Congolese army who had found themselves illegally in Congolese soil. Following the fire exchange that caused great displacement of the people of Congo. By the time the Monusco Blue helmet unit arrived on the scene, the situation had already stabilized. The displaced people have been gradually returning to their villages since Monday afternoon.