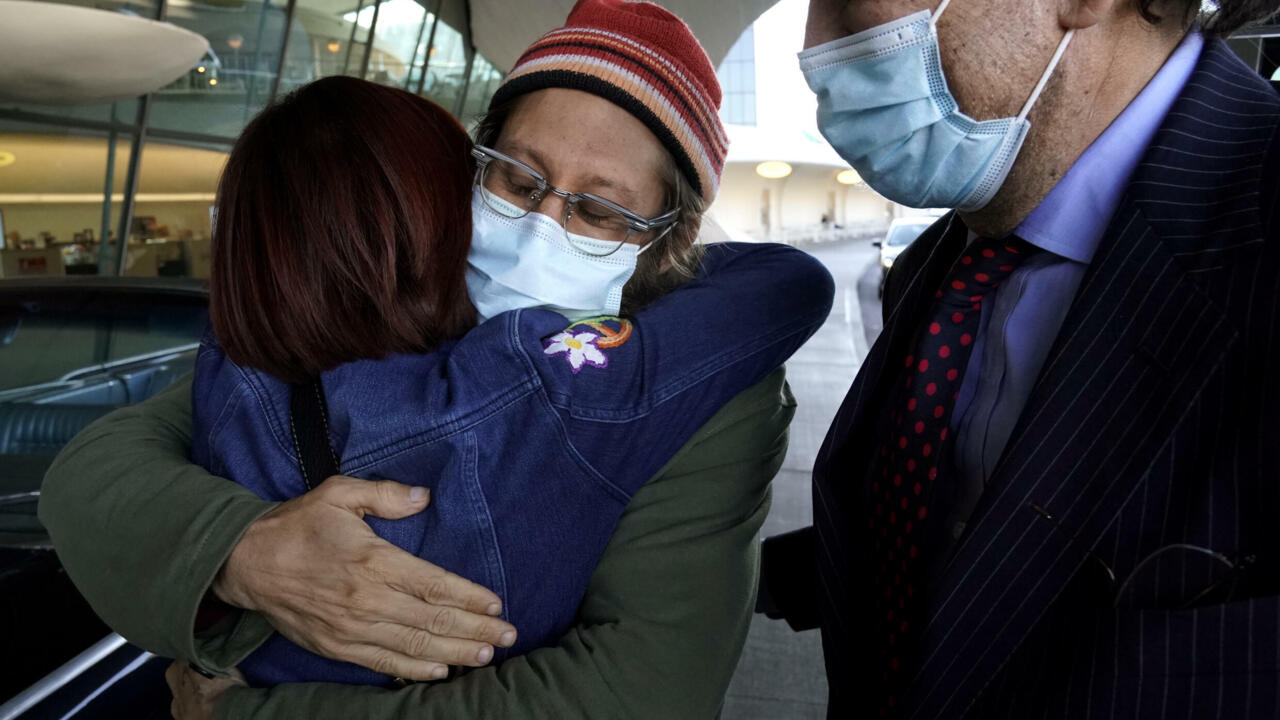 New York (AFP) – Danny Fenster, an American journalist who was pardoned by the Burmese regime and released from prison after serving six months in prison, found his relatives in New York happy but vulnerable on Tuesday when former US diplomat Bill Richardson, who had worked privately during his release.

Wearing the same hat he had on Monday when he stopped in Doha with Bill Richardson, the 37-year-old journalist returned to his country with a very thin, bearded and masked, but smiling and relaxed look, which he considered “unbelievable”.

“It’s a long wait. It’s a moment I’ve imagined for so long. It’s far more than I could have imagined,” he told a handful of reporters, including AFPTV, at the New York airport terminal.

Danny Fenster, editor-in-chief of Myanmar magazine Frontier, one of the country’s leading independent news organizations, was arrested in May while attempting to leave Burma. He was imprisoned with several political prisoners at the infamous Incheon Prison in Rangoon.

Last week, he was sentenced to 11 years in prison for inciting dissent, illegal contact and violating the visa law.

But according to the Burmese regime, he was pardoned “for humanitarian reasons” after talks with Bill Richardson and two Japanese ambassadors.

His release owes a great deal to Danny Finster, former ambassador to the United Nations, former minister and former governor of New Mexico, Bill Richardson. At 74, he is now head of his own organization, the Richardson Center, and has dedicated himself to his role as ambassador on his own account, specializing in the subtle tasks of freeing his comrades held captive by “hostile regimes.”

His “private humanitarian mission” in Burma, a country in Southeast Asia, sparked some friction with his former oversight ministry, the Foreign Ministry, in early November after he was overthrown by a military junta in February. Danny asked not to bring Fenster’s case.

“No, I’m not working for the U.S. government. I’m not an ambassador,” Bill Richardson told a news conference with Danny Fenster at the airport in New York.

US Secretary of State Anthony Blinkon announced in an interview with an American journalist on Monday evening: “Danny, we look forward to welcoming you home,” he wrote on Twitter.

Bill Richardson defended the work of journalists in Burma, which has been the subject of a military coup since February 1, which ousted President Aung San Suu Kyi and ended within a few years in democratic brackets. In the 2010s, after decades of dictatorship, Barack Obama’s presidency received much encouragement and welcome.

The press is once again embroiled in controversy with the Burmese regime, which seeks to strengthen its control over information, restrict Internet access and revoke media permits. More than 100 journalists have been arrested since the coup, according to the ASEAN Association for the Defense of Rights. A total of 31 of them are still in custody.