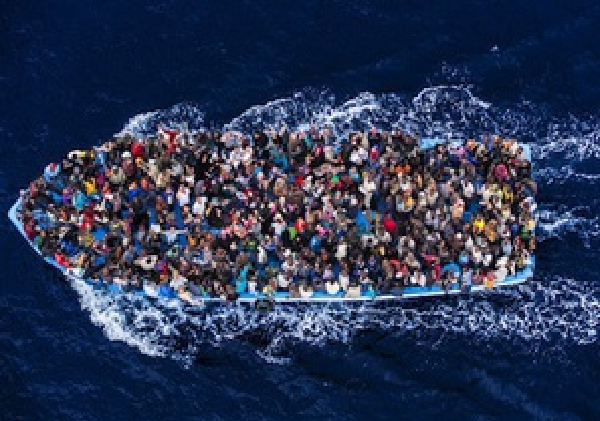 The lifeless bodies of four migrants were found off the coast of the province of Cடிdiz in southern Spain, rescue workers announced yesterday Friday that they were searching for 21 people, three of whom may have gone missing, AFP reports.

The three survivors were sunk in a makeshift boat just before 9pm on Thursday, October 14th. A Maritime Rescue spokesman said a search notice had been issued for boats plying the area to find other boats that were also on board.

The boat was about 70km west of Cape Trafalgar – which marks the northwestern border of the Strait of Gibraltar – and was intercepted after a ship alerted by rescue services at sea. A relief spokesman said two (02) people on board were with the body of a third person. A woman was rescued from the water while three bodies were recovered.

21 Research to find the missing is still ongoing

A total of 28 people were on board the boat at the start, according to survivors. The search, which lasted through Thursday night, continued yesterday and Friday, including a helicopter flying over the area to find the missing.

The tragedies of immigration are recurring, especially on the Spanish coast where migrants are trying to reach, despite the danger off the coast of Morocco or Algeria. According to the latest figures from the Ministry of the Interior, 27,136 immigrants arrived by sea from the mainland of Spain or in the archipelago of the Balearic Islands or Canaries from January to the end of September. This is an increase of 53.8% compared to the same period in 2020.
According to the IOM, 2021 is “the worst year on the road to migration to Spain”.

Figures contacted by the International Organization for Migration (IOM) at the end of September show that 2021 is “the worst year on the road to migration to Spain”, with at least 1,025 people killed in an attempt to mobilize Spain or its archipelago.

According to the latest data from the IOM released on Friday, September 24, at least 785 people died on the road to the Canary Between January and August 2021.

But these shipwrecks and other tragedies did not motivate thousands of candidates for the perilous adventure. In contrast, crossings from the West African coast to the Canary Islands continue to increase. Evidence suggests that since the beginning of the year, more than 9000 landings have been recorded, compared to almost 4000 during the same period last year.