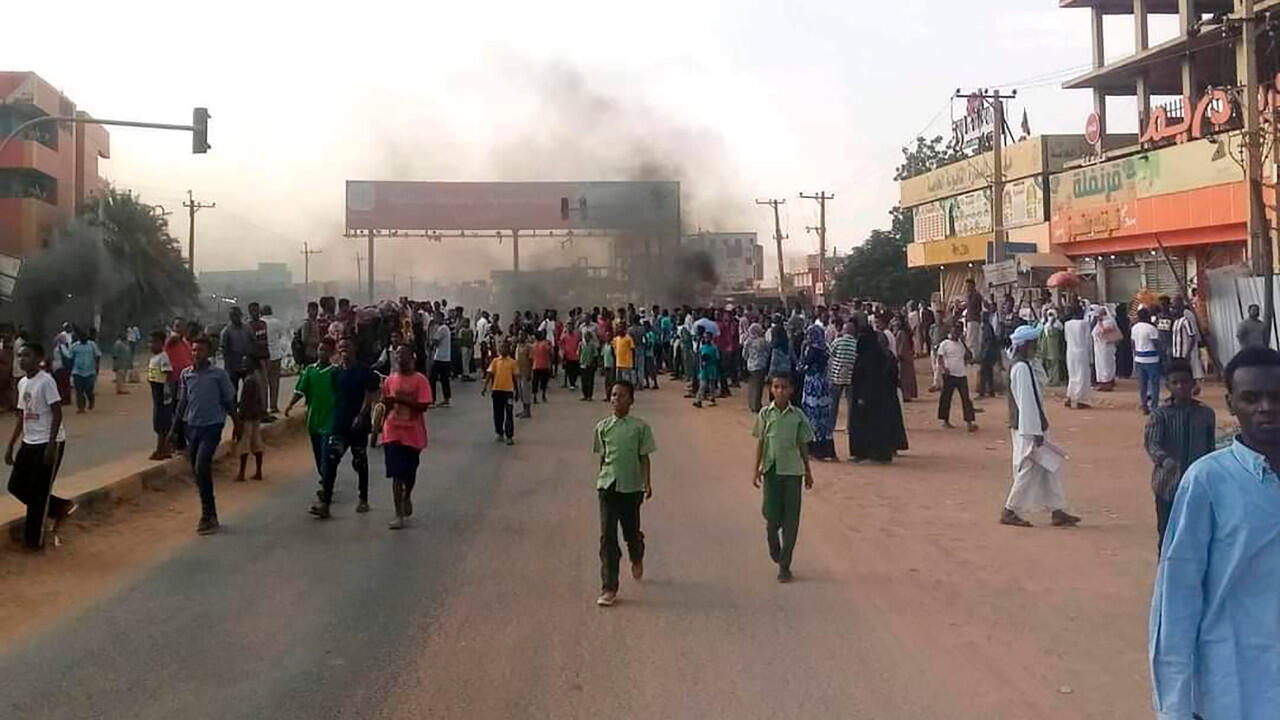 The October 25 military coup shattered the hopes of Sudanese who saw their country embracing the process of transforming a democratic path. This process, entrusted to both the civilian forces and the military, was doomed to failure from the outset.

Trapped for two years in the process of transitioning to civilian power, it has not yet seen daylight, Sudan Then drowned in an unknown place October 25 Military coup by General Abdel Fattah al-Burhan, And the arrest of civilian members of power, including Prime Minister Abdullah Hamdock.

The coup, which comes after months of escalating tensions in the country, is the death knell for a semi-civilian, semi-military hybrid intermediate force that is pushing the country towards democracy.

In fact, since the overthrow of dictator Omar al-Bashir in March 2019, the country has been ruled by an interim government, with a civilian prime minister, Abdullah Hamdock, and a sovereign council. Demonstration led by General Abdel Fattah al-Burhane and civilians from the army. The citizens were to be given the presidency on November 17th.

According to experts, the failure of the change process can be explained specifically by the very nature of this “unnatural” group, which was originally offered as a savings collective for the country.

In recent months, relations between the two camps have continued to deteriorate, with one prime minister not hesitating to criticize the military and security services on several occasions. .

For their part, the military, which was forced to include civilians in the protest, was not really in a hurry to lose its grip on power and the economy. They were able to get it all by watching the civil power fail in the task of rehabilitating one of the poorest countries in the world. Even if it complicates his task.

Faced To a serious long-term socio-economic crisis derived from the time of Omar al-Bashir, Inflation and bad debt The government lost debt due to the austerity policy mandated by the International Monetary Fund (IMF) to cancel the country’s debt.

This is a loss of reputation, The wandering of the military is explained by the impatience caused by the slowdown in the transition process and the delay in the judgment of those responsible for the repression of the opposition.

“The interim government has played its part in the current events and tensions, in the sense that it has not responded to the aspirations of the street,” said Rashid Mohamed Ibrahim.

Abbas Hassan Ahmed, a member of the Sudanese opposition National Liberation Front, believes, for his part, that the Coalition for Freedom and Transformation (FLC), a key organization in the opposition movement, will pay the price. Alliance with the military. “The FLC seized the revolution and sidelined other currents who did not want to negotiate with the military. He told France 24. The civilians who allowed the soldiers to enter the political arena and those who negotiated with them betrayed the revolution. But the Sudanese people and martyrs.”

The split within the civil political forces is another explanation for the failure of democratic change. This is because, as tensions with the military escalate, the civilian camp is vulnerable and vulnerable to the transition process.

“From the beginning of the process, the civilian camp was divided around cooperation with the military, which some considered to be contrary to the aspirations of the people and the aims of the revolution.

Not to mention, he adds, “the exercise of power and devolution provoked new internal divisions and the disintegration of the civilian camp, which gradually deviated from its aims and ensnared itself.”

So, one day apart, Industry Minister Ibrahim al-Sheikh appeared in the middle of a rally last week demanding the handover of power to the public, and the next day appeared with Finance Minister Jibril Ibrahim pro. The army had camped for a few days at the gate of the Presidential Palace. Both of these leaders openly claim to belong to the FLC, which is itself divided into two factions.

“We must return to the spirit of revolution.”

The chaos and divisions, combined with the effects of social discontent and the economic crisis, paved the way for the military takeover.

Gen. Abdel Fattah al-Burhane, who promised to form a new cabinet with “competent people” and “transition to a civilian state and free elections in 2023”, will soon see this recovery surrounded by pro-military citizens. It also creates the illusion of power-sharing according to the agreements signed between the military and the civilian population.

“General Abdel Fattah al-Burhan handles politicians, but also the military, and he wants to play a political role in confronting civilian parties, so the military will be in power forever,” warns enemy Abbas Hassan Ahmed.

To conclude further: “We must return to the spirit of the revolution, that is, before signing the agreements signed with the military, the Sudanese must not take to the streets of every city in the country. We must oppose this conspiracy and defend democracy because the military cannot be allowed to play a role in the political process.